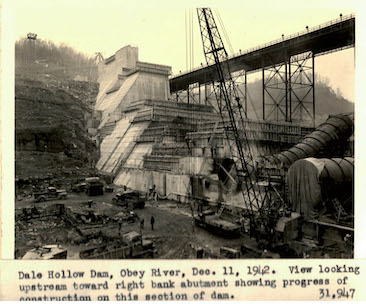 In 2018 Dale Hollow Dam celebrated 75 years of operation and meeting the mission for which it was designed.  The dam continues to provide hydropower and support its other intended purposes such as flood risk reduction, water supply, environmental stewardship and outdoor recreation.

The dam impounds a length of 61 miles of the Obey River creating Dale Hollow Lake with 620 miles of shoreline, 27,700 acres of water, and 24,842 acres of land for recreational opportunities.