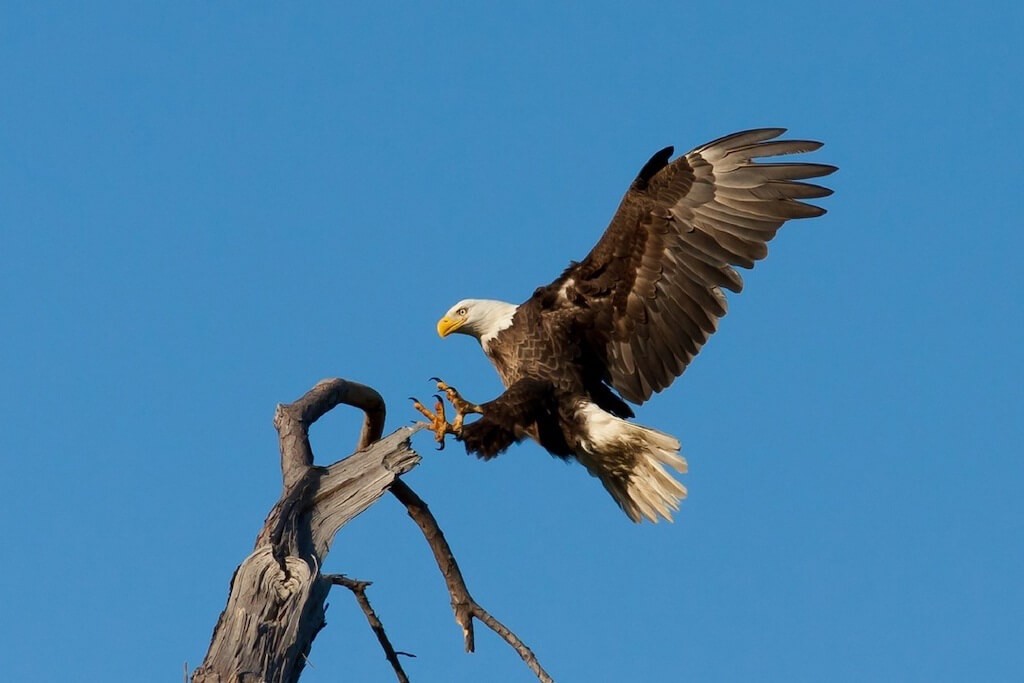 Observe an American Bald Eagle couple named Obey (male) and River (female) via an online video feed that allows anyone with Internet access or Twin Lakes TV to watch eagles nesting hatching and fledging on the shoreline of Dale Hollow Lake. The public is encouraged to bookmark and visit the site often at www.daleholloweaglecam.com. 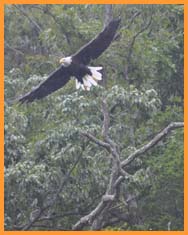 American Bald Eagle photographed by Tom Allen on the north shore just across from Sunset Marina on Sept. 10, 2010.

Tom Allen, vice president and general manager of Sunset Marina and Resort, Inc., said the idea for the eagle web cam originated during a lake-wide meeting in 2014.

“All entities share a common goal to provide education about the majestic American Bald Eagle to the general public, ” Allen said. “This high definition camera brings the habitat of the American Bald Eagle into the living rooms, computers and mobile devices of everyone around the country.”

Dale Hollow Lake Marina Association contributed the first $5,000 toward the web camera project goal of $20,000 necessary to cover expenses like paying for an easement across a private landowner’s farm and installing utility poles and electric service to operate the cameras. A new effort is planned for 2017 to raise money to add a second camera.

The Corps of Engineers approved an easement to install the Eagle camera on Corps-managed public land and ensured the project followed U.S. Fish and Wildlife Service guidelines. Twin Lakes TV installed the high-definition camera above the eagle’s nest during an inactive period in summer 2016 when the eagles were out 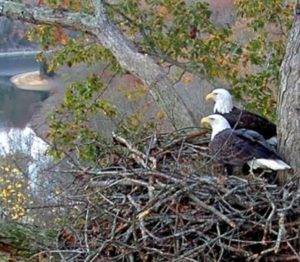 teaching their young to fly, catch fish and survive in the wild. Twin Lakes TV subscribers may watch the eagles live on Channel 955. Friends of Dale Hollow Lake, a non-profit organization, is also promoting the project within the local communities.

How the Eagles Came to Dale Hollow Lake

In the 1980s into the 1990s, a total of 44 eagles were transplanted to the region from nests in Alaska, Minnesota and Wisconsin, then reared, tagged and released on the shoreline of Dale Hollow Lake near Irons Creek. The team utilized a technique called “hacking” to care for and then release the birds of prey in hopes they would someday return to the vicinity of where they first took flight to nest and reproduce. 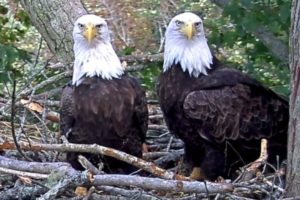 insecticide DDT, which caused infertility or thin egg shells that would break under the weight of adult birds. Due to the banning of DDT and restoration efforts, there are now more than 200 eagle nests across the state of Tennessee. 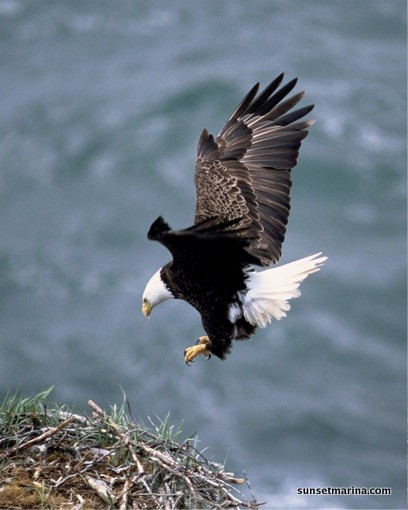 Despite its symbolic significance, America’s majestic national bird has faced a real-life threat of extinction. In the late 1800s, the country was home to 100,000 nesting bald eagles, but the number of birds soon dwindled due to habitat destruction and hunting. In 1940, Congress passed the Bald Eagle Protection Act, making it illegal to possess, kill or sell the birds. A new threat arose when they began eating prey contaminated with DDT, a pesticide that came into wide use following World War II. In the 1960s, there were only around 400 breeding pairs left in the continental U.S., and in 1978 the bald eagle was put on the endangered species list. Thanks to federal protections as well as regulations involving DDT, in 1995 the bald eagle population had recovered enough for the bird’s status to be changed from endangered to threatened, and in 2007 it was removed completely from the list. 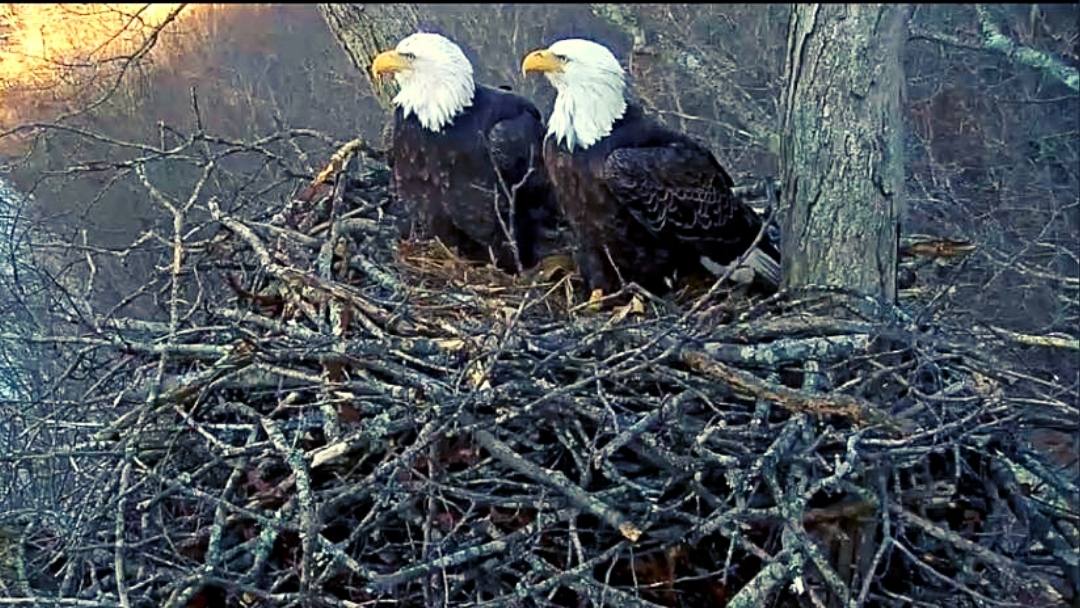 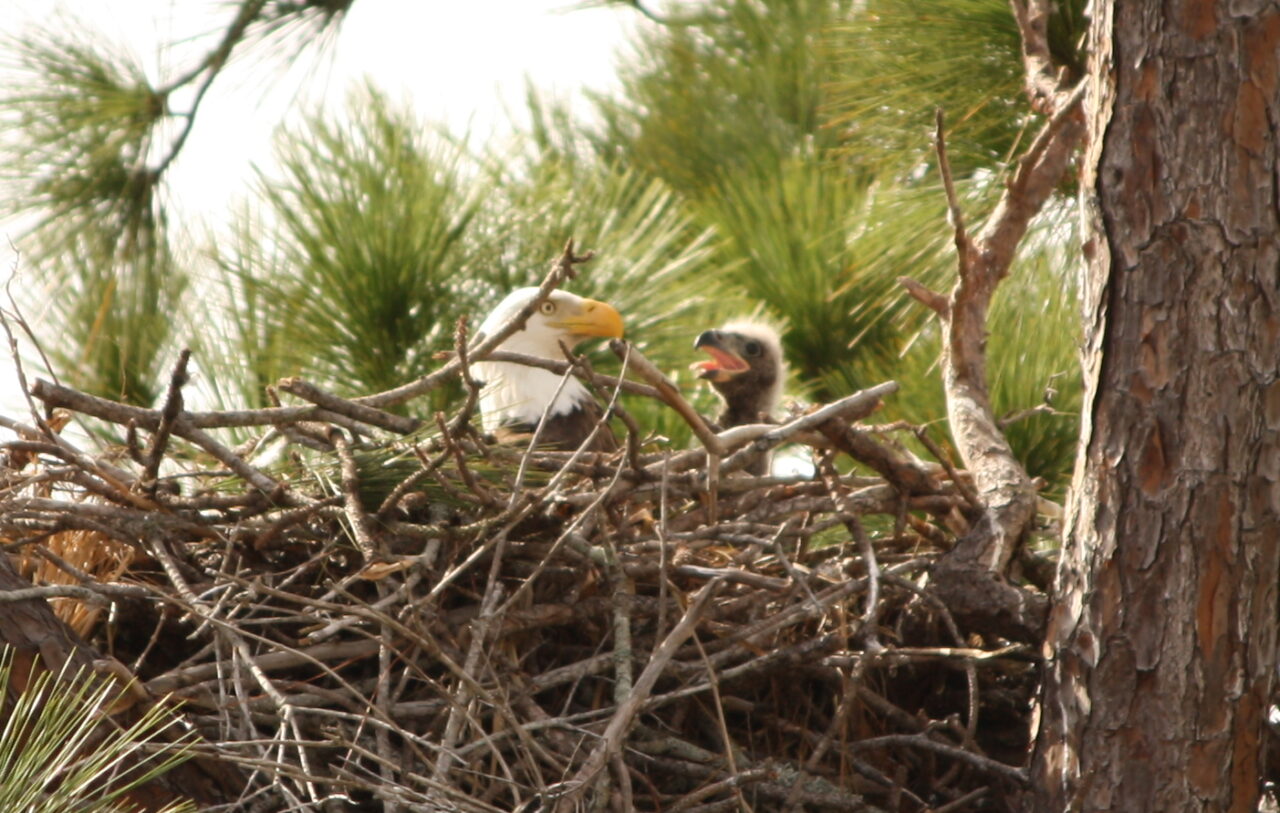 Directions from Your Location